The Erfurt Synagogue and Treasures 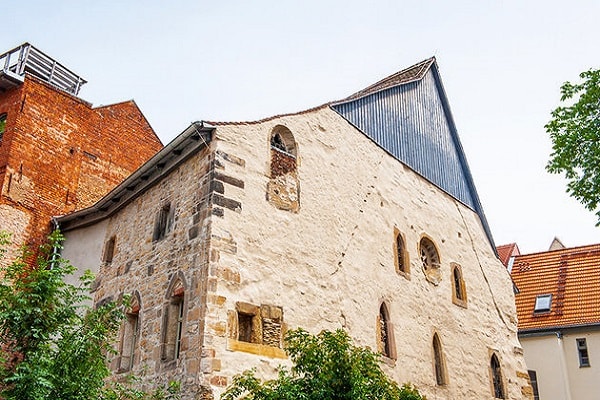 Built around 1100, the Erfurt Synagogue is the oldest such building in Europe. Today, this well preserved medieval structure houses the excellent Erfurt Treasure, an extremely rare hoard of coins and jewelry believed to have been hidden during the Black Death of 1349 and the subsequent persecution of the city's Jewish population. Discovered in 1998 in the city's old Jewish district, the collection includes more than 3,000 silver coins, more than 700 gold pieces, and 14 ingots from the 13th and 14th centuries. Other sites related to the city's Jewish community are the Small Synagogue, a 19th-century house of worship that now houses displays of Jewish life in Erfurt, and the Mikveh, a 13th-century bath used for religious ceremonies, now a museum.